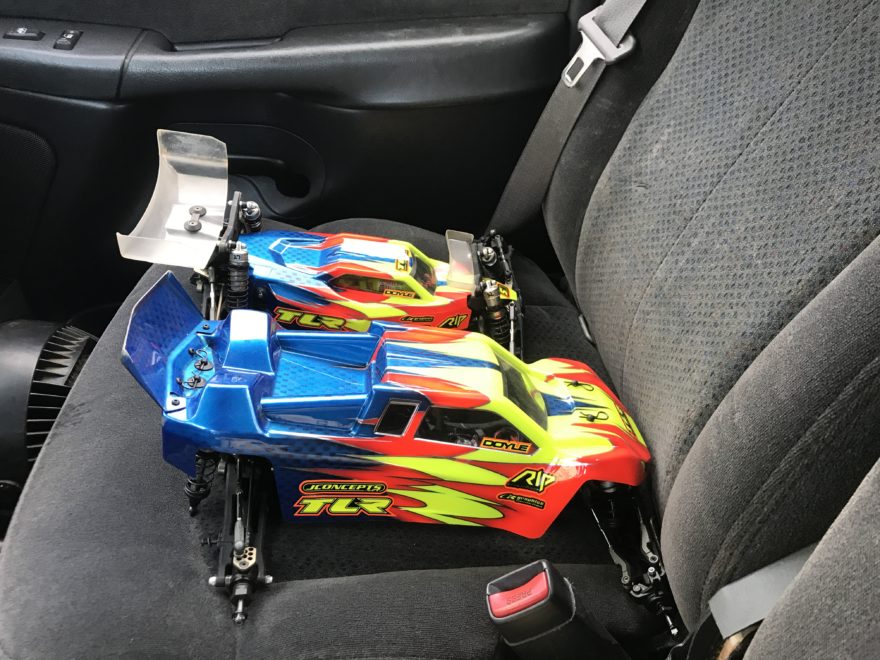 “In every aspect of life, have a game plan, and then do your best to achieve it.” – Alan Kulwicki

Round 2 was going to be a challenge I new that. Conveniently parent/teacher night for my son’s kindergarten class was on race night! Fortunately with the meeting only lasting an hour and ending right when racing started there was hope to make it to the track with 1 round of qualifying left. So the plan was to leave work right on time, make it to the track and get both vehicles ready to qualify. Then go to the meeting and come straight back.

Of course it never works out like you want it too. I left work 30 minutes later than I wanted, and then was held up by the train. I finally made it to the track with only enough time to rebuild the shocks on the 22T 3.0 and get a battery charged for both vehicles. Didn’t even get to turn a lap.

Lucky for me I have great friends. As I left the school I checked in on LiveRC and texted with my friend Ben Warner. I saw I was in heats 3 and 5. Heat 1 was rolling and I was about 12 minutes from the track. Ben prepped the tires on my truck and I literally parked and sprinted to the doors of the track. I did miss the first few minutes of the truck qualifier but it was enough to feel out the new setup.

The sound of the tone

Q. How many amps do you charge your batteries at?
A. 40 amps

2wd Mod Stadium Truck (22T 3.0) – Just missed the start of the round! Truck felt really good compared to last week, but still had a wicked push on throttle.

2wd Stock Buggy (22 4.0 SR) – With the order being Race/Marshall/Race I and just arriving to the track I did not get to prep my tires. The car was very edgy and slick. I was left wondering if it was the lack of prep or did I just need more tread on the rear tires? I decided to get this run out of my head and reset on the same tires but this time with prep for the next round.

2wd Mod Stadium Truck (22T 3.0) – Now that I was settled in at the track and my nerves were calm from I was able to put in a clean run and TQ for the second consecutive week. The truck was still not setup to race well though, still too bound up under throttle.

To help this I decided to flip the rear camber block insert so it was arrow up +1mm. This is equivalent to raising the camber link 1mm.

2wd Stock Buggy (22 4.0 SR) – Car was much better with prep but did notice some things that I needed to work on to be able to drive the car harder in the main.

This run was good enough to set a new TQ but would fall to second overall. To prepare for the main I decided to rebuild my shocks to make the car more consistent and help the snappy loose condition. To numb the steering as I knew traction would continue to get better I raised both inner and outer positions of the front camber link. To help break the 15 sec lap mark I wanted to try going up one tooth on pinion.

2wd Mod Stadium Truck (22T 3.0) – Got a clean start and out to an early lead. The adjustment I made really seem to help the truck rotate on throttle. The race was panning out much like last week early lead and decent gap to second place when I made another mistake on the step down putting me in a bad marshal spot. Another costly mistake would drop me to 7th or 8th at the halfway point. I had to hustle the truck back to a disappointing third.

2wd Stock Buggy (22 4.0 SR) – Got a terrific start and stayed on John’s bumper for 3 or 4 laps applying heavy pressure. The adjustments I made were spot one. The car was not as edgy and showed no signs of breaking traction.

It was clear to me I had the faster car but not by much. I decided to ride and wait for him to make a mistake. It happened and I capitalized. Ran fast clean laps and brought home my second consecutive win in the points series. 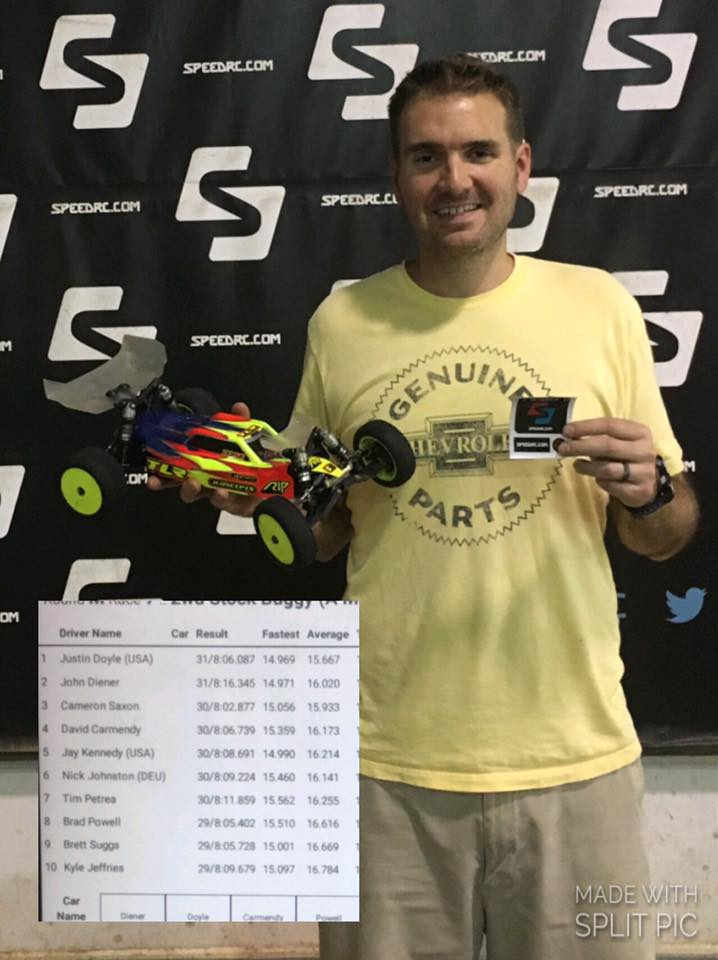