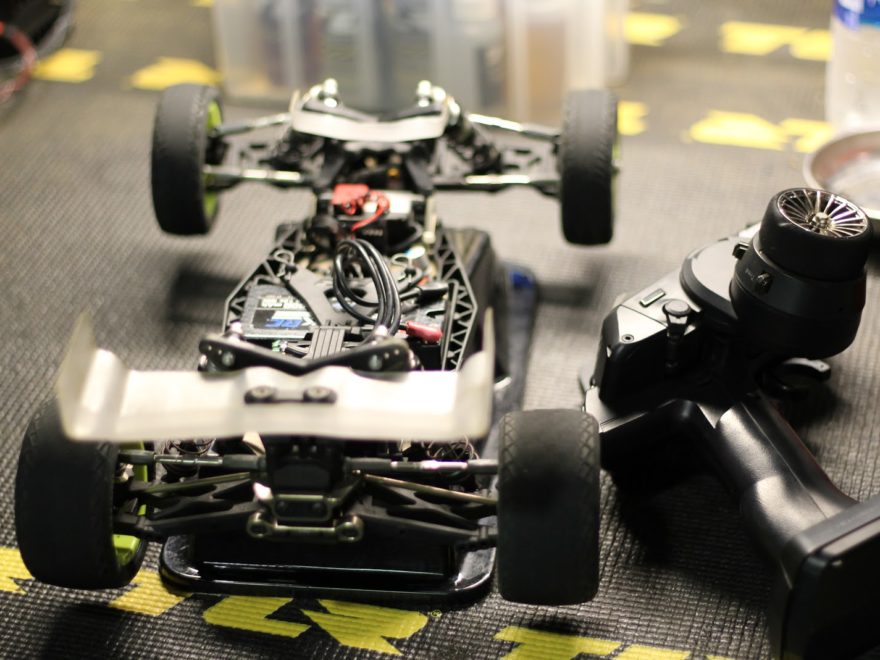 “Life is too short to be living somebody else’s dream.” – Hugh Hefner

The Sound of the Tone

Q. What rear springs are those on your buggy?
A. Yokomo Yatabe Green 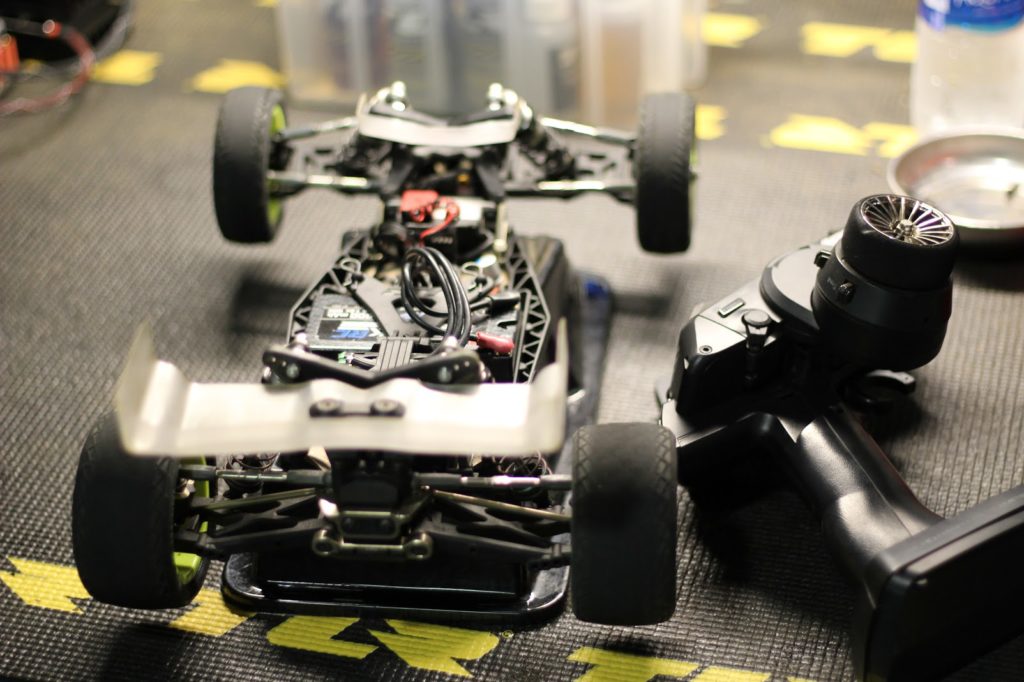 2wd Stock Buggy (22 4.0 SR) – Rebuilt shocks and only ran a couple laps on my baseline tire, slicked out MC positrons. Track was pretty dusty so I didn’t really read to much into the lap times. As long as I was in the groove the car had its usual speed and felt consistent. I also tried Gold Dirt Webs and the car felt easier to drive. I really want JCONCEPTS tires to work so I decided to stay on these tires for Q1.

2wd Mod Stadium Truck (22T 3.0) – Rebuilt shocks and spent most of my practice time running the truck. Started with a new setup and just wanted to run laps to see how it felt. Softening the ESC punch level from 7 to 2 seemed to help the loose exit slightly. Besides that I didn’t feel like I made any huge gains over the previous weeks. Still very hard to drive fast. 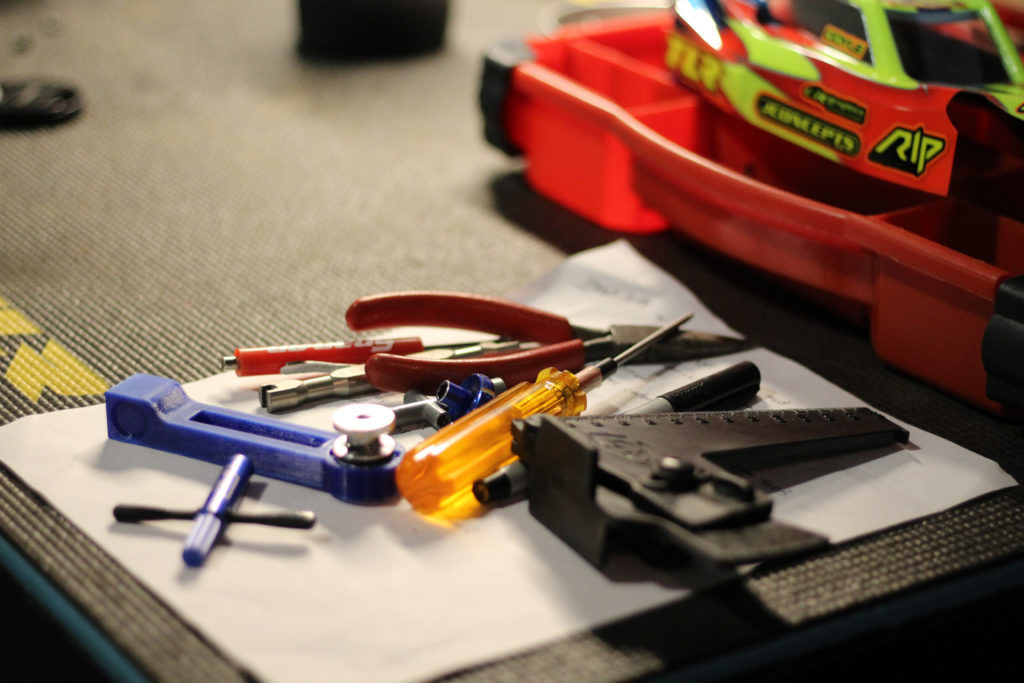 2wd Mod Stadium Truck (22T 3.0) – Slight improvement with the new setup, but still need more mid corner through exit steering. I am just having to whoa the truck up so much to turn it kills my momentum. Nonetheless it was good enough to TQ the round and later hold up for overall TQ.

2wd Stock Buggy (22 4.0 SR) – Was really excited for stock racing to roll off tonight. Christian Pahud and Ryan Millington ran stock tonight making it a stacked field. I was anxious to see how I could measure up. I knew if I could run with these two I would be headed in the right direction for bigger races.

Like past weeks I decided to run Gold Dirt Webs for the first round hoping this set will eventually come in. Sad to say this but JCONCEPTS rubber just is not showing the speed that the positrons are. My fast lap was considerably off than previous weeks and the car lacked entry to middle steering. Luckily I was able to put in a clean run posting 3rd overall.

2wd Mod Stadium Truck (22T 3.0) – The changes I made seemed to help entry steering only. This gave the truck the dreaded pivot around the front tires. Its when you go into a corner turn and the front end digs and wants to whip the whole truck around. Surpisingly I was on a TQ run but had some trouble with lappers bringing that to an end. But thankfully my first round TQ still held up for the night.

2wd Stock Buggy (22 4.0 SR) – With the positrons on the buggy came back to life. These tires are almost entirely slick, just some tread on the edges. But again the car was very easy to drive and had tremendous speed. So nice not to have to work on this one week to week! I had a clean run for the most part, won teh round and ended up qualifying 2nd overall behind Christian PaHud. 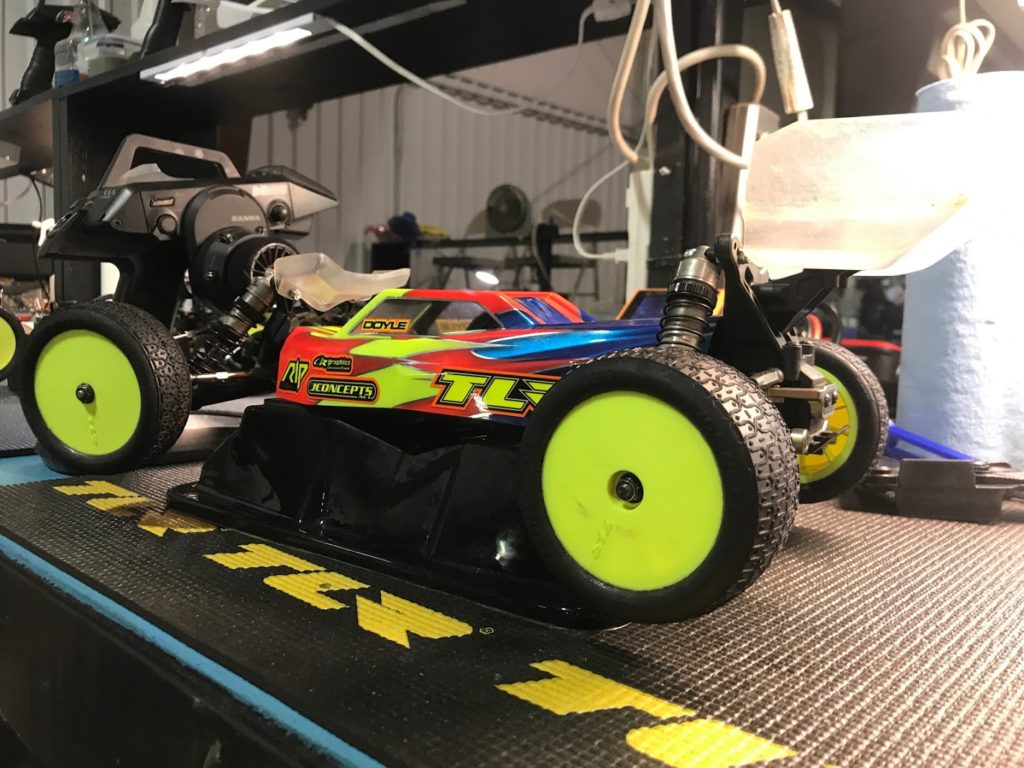 2wd Mod Stadium Truck (22T 3.0) – Like a broken record I got another great start and stretched it out to a sizable lead. Then again after about the halfway mark the truck got super edgey, like I was on ice. Couple that with the folks that cant seem to complete consecutive laps without going from one side of the track to the other and I lost the lead with a small bobble on a pipe.

At this point I was just along for the ride, Hanging on and trying to run down Dillon. I would get together a couple more times with lappers and it was setting in that this was going to be another night where I blew my qualifying spot and lead. I was fortunate to finish 2nd. I guess after 4 weeks in a row its time to tear this thing completely down, rebuild the diff, buy some tires and go from there. The way this thing drives now I would be deep in the field at a big race.

2wd Stock Buggy (22 4.0 SR) – The start of this was a little messy. A couple of us got together in the chicane after the step down which shook some things up a bit. Once the dust settled for a couple of laps I had a sigh of relief. Christian was leading and I was close behind. I could tell he was cruising, not pushing yet. I was about to get settled in to try to make a run for him. Coming around one of the last corners I made a mistake and needed marshaled. That was enough to lose my momentum and drop me to 3rd. where I would finish. Despite the marshal issue I made a couple more small mistakes that were costly.

When racing people as good as Millington and Pahud all it takes is one mistake. After that your only chance to get back in the race is to hope they make one. It didn’t happen tonight. This is why I like stock racing. It trains you to be such a good driver forcing you to be consistent and mistake free for 8 minutes.

These are the races that make you better. With nearly running slicks all the way around the car reacted much faster to steering input than I was used to. I believe it definitely contributed to a couple mistakes. Also the attitude of my car from my viewpoint on the stand it seemed to be bouncing too much. I am thinking a piston or oil change. But I hate to change anything when its this fast! It may just be time for new arms….