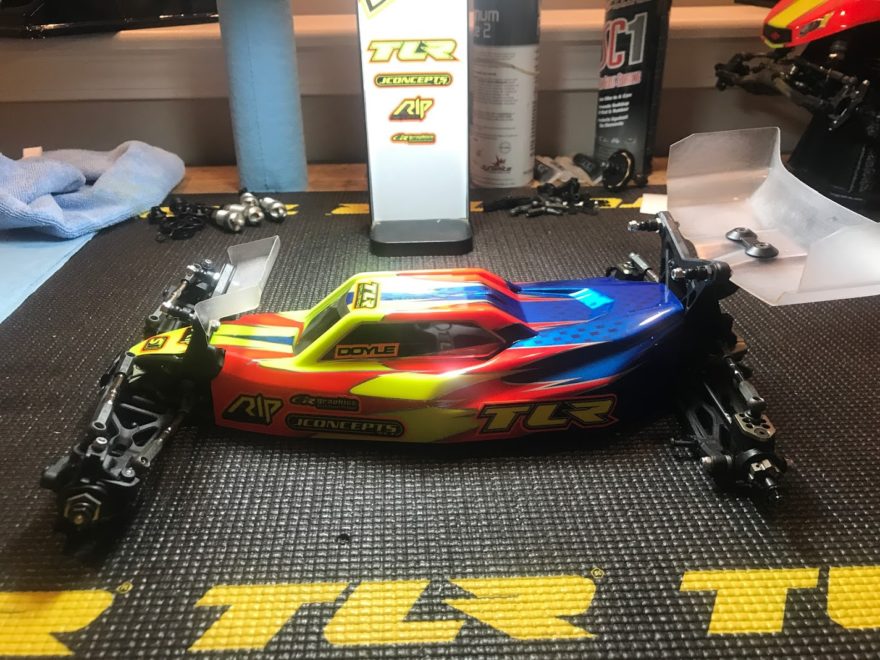 “The best you can do on any given day is put yourself in a position to win. After that, if the circumstances are right, you’ll win..” – Richard Petty

The Sound of the Tone

2wd Stock Buggy (22 4.0 SR) – With the track being totally different I spent alot of time trying different tires. Slicks, Blue compound Dirt Webs, MC positrons, worn out tires with soft foam, all kinds of stuff. Nothing really seemed to be that great. Wet tracks are probably the thing I struggle the most with. The car lacked grip with a non-treaded tire and with treads it lacked steering. I felt like new tires felt the best and is what I would start the first qualifier on. I didn’t want to make to many setup changes because I felt the track would get better as the night progressed.

2wd Mod Stadium Truck (22T 3.0) – Rebuilt shocks, softening the front oil from 32.5 to 30. Ran several practice sessions on Pro-line Positrons trying to get them broke in. Did not notice the track changes as much because the truck always has a nasty push to it. My main goal was to get several packs on my new tires without reading too much in to how it felt (new tires, wet track).

2wd Mod Stadium Truck (22T 3.0) – Ashamed to say this but my mind was somewhere else and I shorted the capacitor on my ESC!!! And of course my spare was at home! Luckily I live close but while racing home to get the spare I would miss the first qualifier of truck.

2wd Stock Buggy (22 4.0 SR) – Overall my buggy felt pretty good but seemed down on power or something. I was also still lacking steering forcing me to use more brake for corners which also cost me time. I think it had alot to do with the track surface. I focused on being consistent and getting as much as I could out of the car but would keep getting together with other racers which killed my run. I would have to step it up in the second qualifier to better my position.

After trace I noticed my LF inner ball stud was about to fall out! Crazy! I added a bit of thread lock and screwed her back in. Definitely not helping my tight condition!

2wd Mod Stadium Truck (22T 3.0) – The truck felt ok. I did not make any setup changes from last week other than new tires and softer front shock oil (30 wt). It still is hard to be consistent with and seems to be numb to any changes I make.

2wd Stock Buggy (22 4.0 SR) – The track seemed to be drying out and my car came around. I ran the same tires and was able to put together a semi decent run. I felt like I was off a little also. Like my timing on the throttle just wasn’t as quick as it typically was. Nonetheless my run was good enough to start third in the main. The car also needed more steering so for the main I took 1 mm out from the front camber link ball studs. 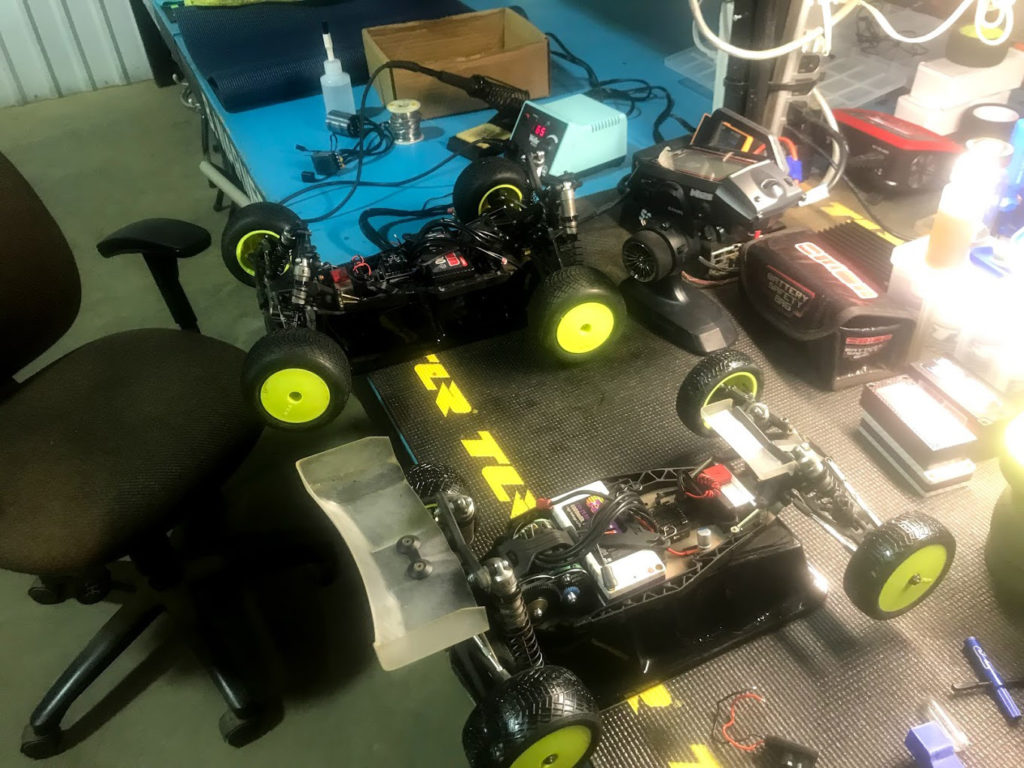 2wd Mod Stadium Truck (22T 3.0) – The start was clean and Dillon was somewhat in striking distance but I knew his truck was faster all night. He made a few mistakes and I was able to lead the middle part of the race. But he was consistently faster and ended up running me down. I tried to get back but as I started to push my truck I got sloppy. Combine that with the others unable to drive in a straight line and it went bad real quick. Lucky to get another 2nd.

Need to have a good long test day to sort this thing out. Not happy with it.

2wd Stock Buggy (22 4.0 SR) – Starting third the idea was to ride and see how the race played out. That is one thing that is so great about having a good car that is easy to drive. You feel like you are always in control and that is a good feeling. Meaning I can push when I need to push and ride when I need to ride instead of trying to drive at the limit just to stay on pace.

But I actually got a slower start than I wanted and actually lost a position to Kyle Jeffries. This ended up being OK as Jay got the double double wrong and collected Kyle putting me in 2nd.

Then it was time to get focused on running down Camendy. I felt like this week we were more equal in weeks past and I wasn’t catching him as easily. My car just wasn’t steering as well on the new tires. The lower front camber link position didn’t seem to help me much. Without much pressure from behind I followed for a little longer and he made a mistake that gave me the lead and I would take it home for my 3rd win of the series.

I was really happy to win this one as I had a few comments from people telling me oh “so and so says they got something for you tonight” and “your luck runs out tonight” Its quite fun to have this level of competition each week and really gives you something to look forward to. Thanks to everyone at SPEED RC for letting us play each week.